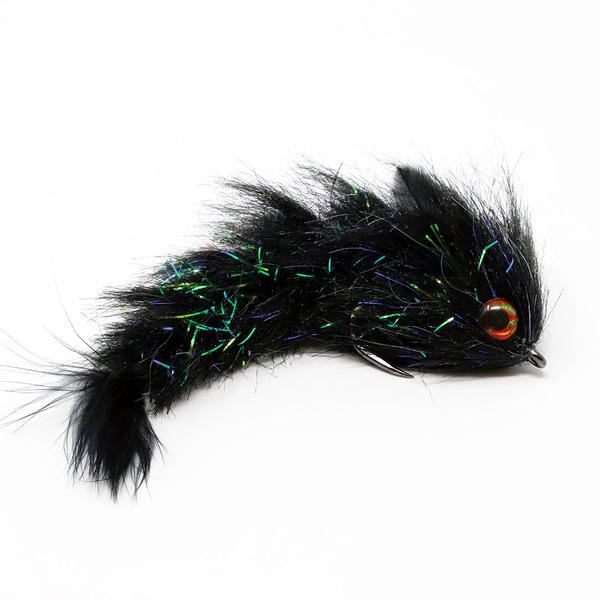 Like all of Blaine Chocklett's "Changer" series of flies, the Polar Changer is an articulated streamer fly that has an extreme amount of swimming action and can be used on a variety of both freshwater and saltwater species. We have been using the Polar Game Changers as both a smallmouth bass fly and as a tarpon fly for baby tarpon and have had great success with both species. Many other saltwater and freshwater gamefish like pike, muskie, snook, jacks and large tarpon will eat these too.

The fly's primary material is Polar Fiber. It actually absorbs water helping the fly to get down and also allows it to have great action even when just suspended. Try dead-drifting them in a smallmouth river with only an occasional twitch. It's a killer wounded baitfish presentation. The great thing about the fly is as soon as it's picked from the water on the cast the water is shed from the synthetic tying materials making it easier to cast. The Polar Changer has 7 segments and is approximately 5" long.

The Polar Changer has a great baitfish profile, is very durable and is tied on the high-quality and extremely sticky KONA #4/0 BGH hook.