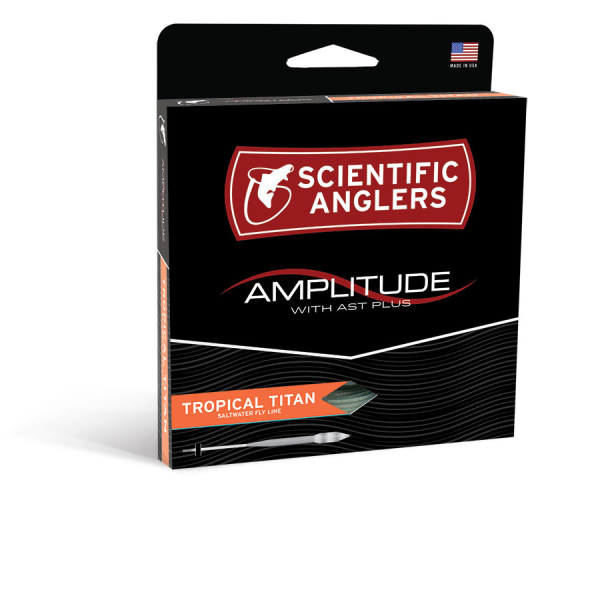 THE AMPLITUDE TROPICAL TITAN TAPER is a fly line designed to throw big flies and poppers in hot places. This line was the first of a series of lines to feature the AST PLUS addltive making this an extremely slick fly line that shoots farther and lasts longer than other brands of fly lines. The Titan Taper Tropical features a Tropi-Core core that is designed to perform well in the hottest environments. We love this line not only in the tropics and southern states but even in the midwest when things heat up in the summer for bass, pike and muskies.

The Tropical Taper Titan also features a camo tip for stealthy presentations to tough fish like permit too.