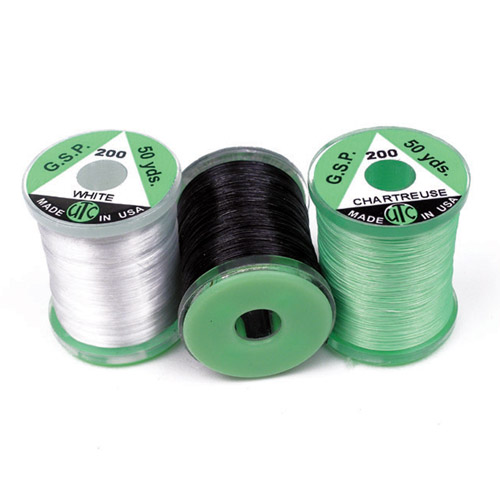 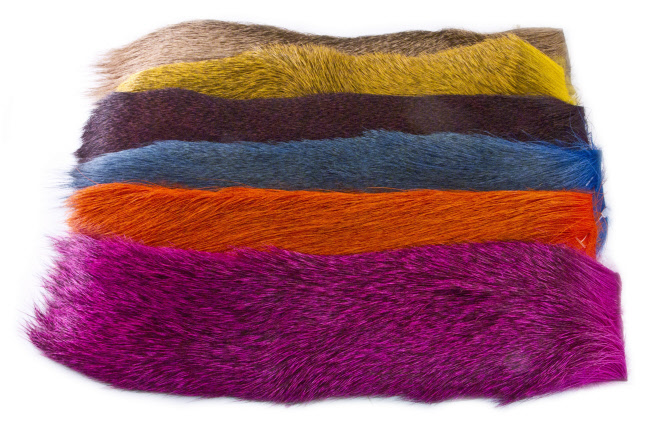 UTC GSP Ultra Thread is a super-strong fly tying thread that really allows you to pull on it with out breaking. UTC GSP Ultra Thread comes in a number of great colors and sizes. 75 and 100 denier GSP overs a lot of versatility for tying both freshwater flies and saltwater flies. Choose the 200 denier GSP for cranking hard on deer hair bugs when spinning deer hair for bass fly tying or as a saltwater fly tying thread for large streamers. The 200 is also a great choice for tying large bucktail-like streamers for muskies. It's a great thread for tying large conventional muskie bucktails too.
The 100 denier makes a great thread for tying Glo-Bugs and egg flies with yarn like McFlyfoam. Give your bobbin a spin to tighten up the thread so it's not so flat to help spin deer hair and to tie on egg yarns and wool. 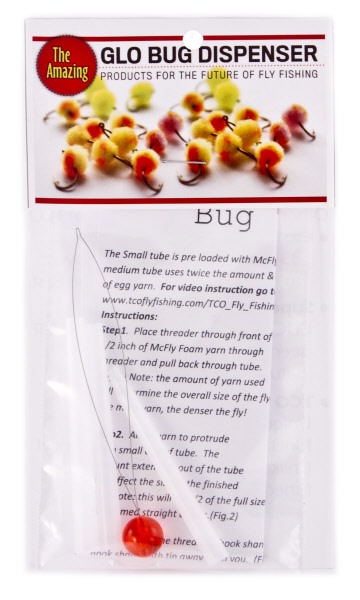